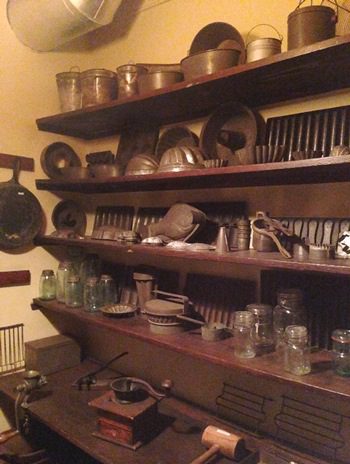 In the beginning of June I had the great opportunity to participate in a seminar on historical cookbooks at the Schlesinger library at Harvard. The seminar, ‘Reading Historic Cookbooks: a Structured Approach’, was taught by 85-year old Barbara Ketcham Wheaton, food scholar and honorary curator of the library’s culinary collection.

Wheaton has dedicated her life to the analysis of thousands of cookbooks, and over the decades she put all the content found inside their recipes in her massive database called ‘the Cook’s Oracle’, which hopefully – after more conversion work and further programming – will become available online this summer or later this year.

We now are immersed in them, but cookbooks used to be much more rare. Increasingly available in digital collections to read, it is not easy to extract their meaning from them right away. One has to really dig into them to learn about the past. Who wrote these cookbooks and who were the intended audiences? It could be a male high-end chef knowledgeable of the tricks of his trade, who wrote the book to illuminate other chefs who aspired to climb the ranks of the courts and estates of European royalty. It could be a lady of a rich Scottish household, telling other ladies how to instruct their servants on cooking for a lavish dinner party. Or it could be a frugal Virginian housewife responsible for a large family who had to make do with the ingredients that were available to her, and prepare dinner all the same. What can cookbooks tell us about a historical period and about the people living then, how much can you learn from these sources?

In the very intensive and stimulating week, the wonderful participants, who came from all over the world, learned to use Wheaton’s structured approach to reading historical cookbooks. Each of us were given private assignments and had to study six cookbooks during the week, dating from the 16th until the 20th century. The cookbooks were all in English and published in either England or America. The Schlesinger Library at Harvard, housing both the manuscript collections  and papers of Julia Child and Elisabeth David, was a very apt venue for this seminar. We delved into the cookbooks for meaning in the afternoons (and nights) and presented our findings in the next morning’s sessions.

Which ingredients were used and where did they come from; which tools and techniques are needed in the kitchen; how would one prepare a menu from the given book and for whom; and who was the writer, publisher and intented audience of the given work? All of these questions are an excellent starting point in using cookbooks for research.

And as a bonus, there are myriads of surprises to be found in historical cookbook texts, including exotic spices, weird preparations, doubtful combinations (oyster ice cream), early curries, outdated showpieces – turtle soups- , and very modern sounding recipes like that for ceviche.

By kattebelletje in blog on July 29, 2016.
← Pasta’s global story: Françoise Sabban on the contested history of noodles Shared Taste & IEHCA →