On Tuesday morning 30 November 2016 researcher Rosalien van der Poel organised a special viewing of the collection of Chinese export paintings in the depot of Museum Volkenkunde in Leiden, just hours before her public PhD defense on the topic. We were with a group of 11 international experts, who had all travelled to Leiden to participate in the symposium on Chinese export paintings held at the museum the day before, and to be part of Van der Poel’s reading committee at her defense later in the afternoon. END_OF_DOCUMENT_TOKEN_TO_BE_REPLACED

“Foreigners from the Five Nations Enjoying a Banquet”, Utagawa Yoshikazu, 1861

Of all the subjects that global historians study, food is one of the most global. Without food, life is not sustainable, and this is true for humans, animals and plants, now as much as it was in the past. Yet the study of food history is by no means always studied in global context; often, the emphasis is on national or regional perspectives. This symposium focuses on the study of food across cultural, political and dietary boundaries.

At the joint Symposium on Global Food History by Leiden University and the Global History and Culture Center of Warwick University, global food historians and Asian food scholars will discuss how food and the global fit together as subjects of research. Various aspects, methods END_OF_DOCUMENT_TOKEN_TO_BE_REPLACED

The Buddha’s hand at Chenonceau

It is a citrus fruit like no other: a thick, shiny skin in shades of green and yellow, with numerous elongated shapes pointing downwards, not unlike fingers with long, pointy nails. From its appearance alone, it is not difficult to imagine why it this citrus fruit is known as Buddha’s Hand Fruit (foshougan 佛手柑).

Foushougan, also known as busshukan in Japanese (Citrus medica var. sarcodactylis, or the fingered citron) is relatively rare in Europe. The photo to the left was taken by Nicholas Tomlan, Botanical Director at Chenonceau, one of the finest French chateaux along the Loire. END_OF_DOCUMENT_TOKEN_TO_BE_REPLACED

END_OF_DOCUMENT_TOKEN_TO_BE_REPLACED

The beautiful French city of Tours, located in the Loire Valley in central France, hosts an institute solely dedicated to the study of food. This European Institute for the History and Culture of Food (IEHCA) has an excellent library, hosts cultural events and activities around the protection of food and drink heritage, supports publications in the field, and organises an annual conference on the history of food. Moreover, for the last fourteen years it has hosted a Summer University: a week of intense study dedicated to the cultures and histories of food and drink.

END_OF_DOCUMENT_TOKEN_TO_BE_REPLACED

In the beginning of June I had the great opportunity to participate in a seminar on historical cookbooks at the Schlesinger library at Harvard. The seminar, ‘Reading Historic Cookbooks: a Structured Approach’, was taught by 85-year old Barbara Ketcham Wheaton, food scholar and honorary curator of the library’s culinary collection.

Wheaton has dedicated her life to the analysis of thousands of cookbooks, and over the decades she put all the content found inside their recipes in her massive database called ‘the Cook’s Oracle’, which hopefully – after more conversion work and further programming – will become available online this summer or later this year.

We now are immersed in them, but cookbooks used to be much more rare. Increasingly available in digital collections to read, it is not easy to extract their meaning from them right away. One has to really dig into them to learn about the past. END_OF_DOCUMENT_TOKEN_TO_BE_REPLACED

Pasta’s global story: Françoise Sabban on the contested history of noodles. A lecture for Shared Taste at SieboldHuis, Leiden

In April 2016, we had the great pleasure of hosting the eminent French food historian Françoise Sabban. Professor Sabban is professor at the École des Hautes Études en Sciences Sociales in Paris and member of the Centre for Modern and Contemporary China Studies. She is one of the foremost scholars of food history in Europe, and the most eminent historian of Chinese food history. It was a great honour for us to host her in Leiden; her presence was an inspiration, and her lecture was an overwhelming success. END_OF_DOCUMENT_TOKEN_TO_BE_REPLACED 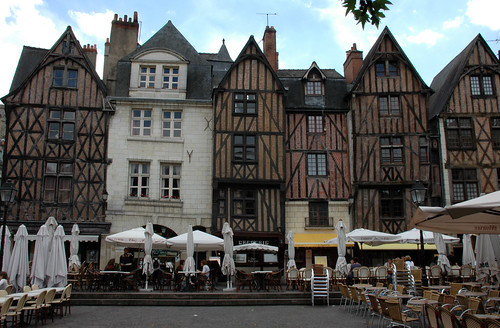 photo credit: Flickr, Pug girl
EXTENDED DEADLINE: JUNE 29 Come join us at the Summer University on Food and Drink Studies in Tours, France, from 28 August to 4 September 2016. The summer school is organized for the 14th time by the François Rabelais University and the European Institute for the History and Cultures of Food (IEHCA).

For the first time this year, our ‘Shared Taste’ research project – together with the IEHCA – will offer a number of bursaries covering the full registration fee (400€), which covers  END_OF_DOCUMENT_TOKEN_TO_BE_REPLACED

Why 'Shared Taste'? There is so much to know on Asia, Europe and the role of food between us! We would like to start exploring texts, tastes and textures on this tentalizing subject, not only in the present day cultures, but also in the history of food, foodways and commodities.