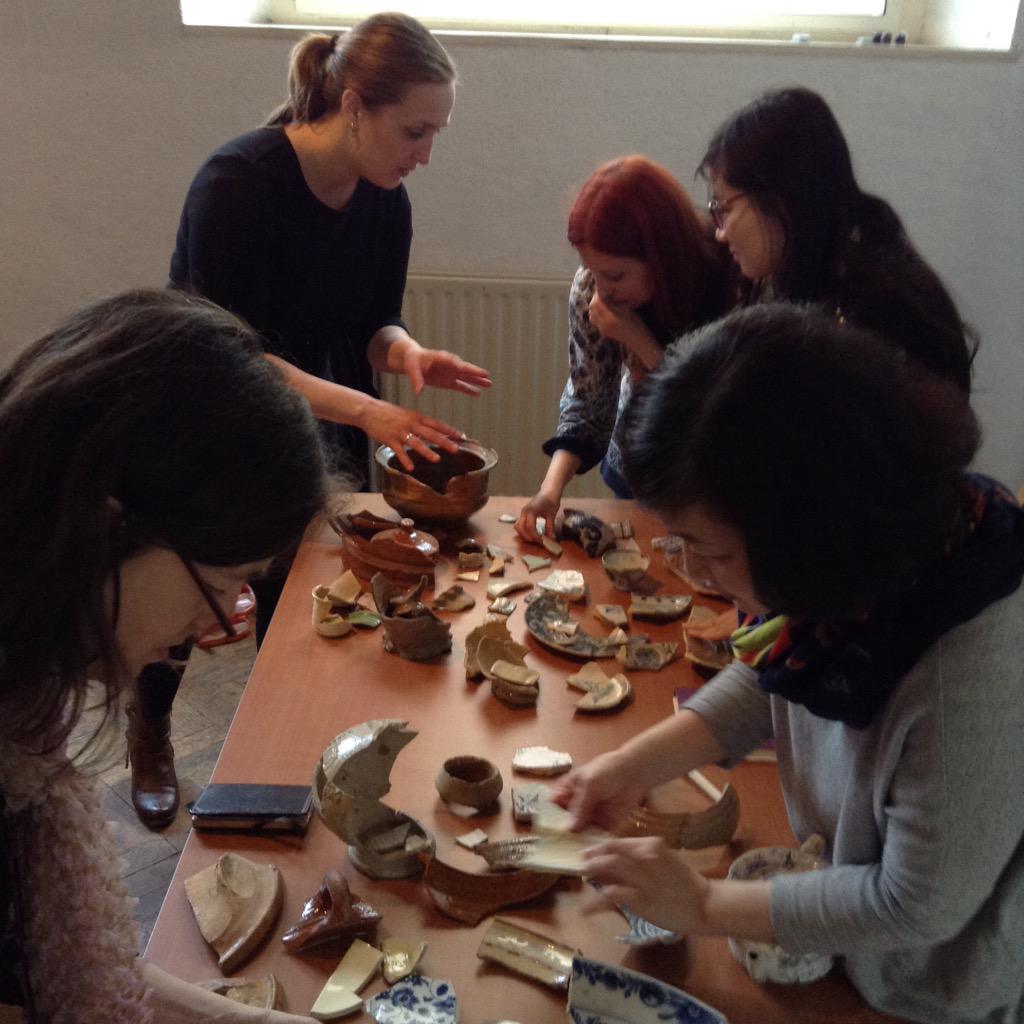 Objects kept inside a museum, displayed in a beautiful or artful way, can only be looked at from a distance : the whole point is to keep precious and valuable objects safe from harm. Yet when one actually touches material culture, there is a spark of communication which leads towards to a whole new way of seeing things.

We had the great opportunity last April to visit Museum Prinsenhof in Delft, where Susanne Klüver held a ceramics session, END_OF_DOCUMENT_TOKEN_TO_BE_REPLACED

In 1912 Francis Bernard Aubrey Le Blond (1869–1951) travelled by boat to China, Korea and Japan, and returned to Europe by Trans-Siberian Railway via Russia [1]. His pioneer wife, the mountaineer and photographer Elizabeth Alice Frances Le Blond (1860–1934), accompanied him [2]. END_OF_DOCUMENT_TOKEN_TO_BE_REPLACED